The University of Notre Dame has owned the property that constitutes UNDERC since the 1940s. This includes the entire watersheds of 12 of the 30 lakes providing a unique opportunity for research on aquatic ecosystems that are not subject to disturbance by the public. The scientific potential of UNDERC was realized early. Edward A. Birge of the University of Wisconsin, the father of lake ecology as a science in America, sampled most of the UNDERC lakes in the 1920s and published several papers about them. Martin Gillen, who donated UNDERC to Notre Dame, was an enthusiastic supporter of field biology and saw science as the key to the long-term preservation of the property. In 1980, UNDERC and the nearby Trout Lake Station of the University of Wisconsin formed the Northern Highlands Experimental Ecological Reserve. Experimental Ecological Reserves are recognized by the National Science Foundation for their outstanding research potential. In 1992, UNDERC, the Ottawa National Forest, and the North Central Forest Experiment Station signed a "Memorandum of Understanding" for cooperation in future research and habitat management and protection activities. Similar agreements for cooperation and collaboration in research and management efforts are currently being developed with other state and federal agencies.

UNDERC's earliest notable contribution to science was a whole-ecosystem experiment in Peter and Paul Lakes performed in 1951 by Arthur Hasler of the University of Wisconsin. Before 1951, Peter and Paul were the basins of a single hourglass- shaped lake. Hasler replaced the native fish with trout and then divided the lakes with an earthen dike and added lime to Peter, the downstream lake. The lime precipitated brown humic colloids and caused Peter Lake's transparency to increase. Algae flourished in the clearer water and their photosynthesis increased the oxygen content of Peter Lake. The trout preyed more effectively on zooplankton because of the greater transparency, and the plankton of Peter Lake developed differences from Paul Lake's plankton. Because Hasler used Paul Lake as a reference or control lake, he could be sure that the differences he observed between Paul and Peter lakes were not due to weather fluctuations, but rather were the result of the lime he added to Peter Lake. Hasler had performed the first true experiment using whole-lake ecosystems. 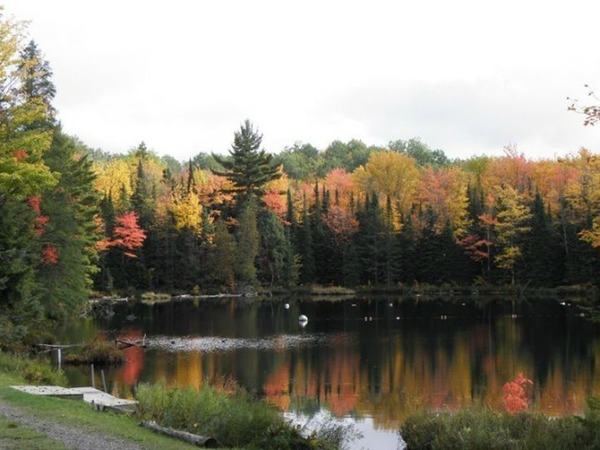 Recently, the level of scientific activity at UNDERC has risen dramatically.  The first scientific paper from UNDERC by a Notre Dame scientist was published in 1978 by Dr. Carl von Ende. Since them, more than 350 scientific papers, book chapters, theses, and dissertations have been written about research at UNDERC. This flow of information increases each year. Several Notre Dame faculty members in the Department of Biological Sciences hold National Science Foundation grants for ecological and physiological research using UNDERC and environs. The scientific potential that E. A. Birge recognized so many years ago is now realized by undergraduates, graduate students, and faculty members from both Notre Dame and other universities.UNDERC continues to be the principal site for whole-lake ecological experimentation in the United States. Whole-lake experiments have been essential to our understanding of lake productivity and the effects of acid precipitation. They are also important in understanding and mitigating a variety of stresses on natural waters, such as fishery exploitation, introductions of exotic species, and the effects of additions of nutrients and other substances. Among the property's more than 30 aquatic habitats are lakes with natural pH levels of less than 4 to greater than 8. Research focusing on the understanding of biological and chemical processes in naturally acid environments and on the experimental restoration of acid environments for fish production have been ongoing at UNDERC since the early 1950s. One of the most difficult environmental problems facing both developed and developing countries is control of non-point source pollutants that enter lakes and streams as a result of runoff from farming and urban land uses. Although major strides have been made in removing pollutants that can be concentrated in sewers, few practical solutions exist for controlling nutrients that enter the environment from non-point sources. An innovative approach to this problem is currently being tested at UNDERC. It is based on theoretical considerations largely developed from previous research done on the property. The approach suggests that it is possible to enable aquatic habitats to accept relatively large amounts of inorganic nutrients like nitrogen and phosphorus, without showing the effects of eutrophication, by regulating the size and kinds of organisms in the habitats. Not only does this approach provide a cost-effective solution to the problem of non-point source nutrient additions, but as a by-product it results in the production of populations of large fish that can be used as human food. This project currently includes a whole-lake manipulation that is being investigated collaboratively by scientists from seven universities and research centers. Another area of active research at UNDERC involves the study of the natural production of methane in aquatic and wetland habitats. Methane, a natural product of decomposition under conditions of low oxygen, has more than 30 times the effect of carbon dioxide as a greenhouse gas.